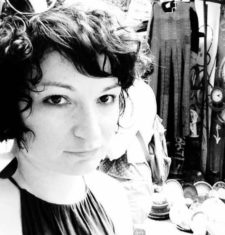 Vicky Strataki was born and raised in Didimoticho, Evros in Greece. She studied Communication and Media in the University of Athens. She subsequently continued her studies and pursued a Masters Degree in Film Studies (awarded with distinction) in Queen Mary University of London. She is a PhD candidate and has been awarded with a scholarship by the Greek State Scholarships Foundation. Her research interests are urban space in contemporary Greek Cinema, film genres and film reception and she has presented her work in conferences in Chicago, Seattle and Thessaloniki. She has also written in cultural magazines and portals and is a web radio producer. She works in AMAKA since November 2016 in administration.