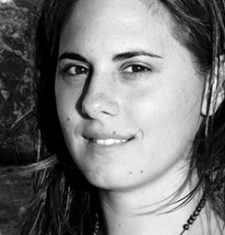 Yolanda Markopoulou was born in Athens in 1981. She studied film at Boston University College of Communication/Film Production Department, from where she graduated in 2003. She was assistant to Michael Kakoyannis and Stathis Livathinos. She participated as a director in ’24hour Plays’ (Theater Chora, 2010). She co-operated with Rimini Protokoll in the research of the play ‘Prometheus’ in Athens (Athens Festival 2010). She is a producer of the feature film ‘Meteora’ directed by Spiros Stathoulopoulos (Official Selection at the Berlinale 2012). She co-operates with the Onassis Cultural Centre of the Onassis Foundation as an executive producer and is the producer of the play ‘Iliad’ directed by Stathis Livathinos (Athens Festival 2013).

In 2007 she created Polyplanity Productions (www.polyplanity.gr) and started operating “Synergio”. She has directed more than ten plays and short films.